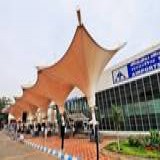 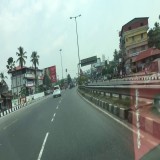 Thrissur originally Thiru Siva Peroor and previously known by its anglicised form as Trichur, is the fifth largest city, the third largest urban agglomeration in Kerala (Pop. 1,854,783) and the 20th largest in India.It is also the headquarters of the Thrissur District.The City is built around a 65-acre (26 ha) hillock called the Thekkinkadu Maidan which seats the Vadakkumnathan temple. Thrissur was once the capital of the Kingdom of Cochin. It is located 300 kilometres (186 mi) towards north-