As The Leading Tour Operator in Bangalore, Bestbus.in provides Bangalore To Mysore One Day Tour Package By Car at Best Prices. 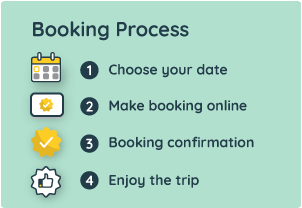 This Operator does not provided Places Covered information

Mysore originated from the word ‘Mysuru’ derived from Mahishasura, the demon, who was killed by the Goddess Chamundeshwari Devi on the top of Chamundi hills. From then on, the day was celebrated as a victory over evil and Chamundeshwari Devi received prayers with utmost devotion at a temple located on top of the Chamundi hills. Mysore is popularly known as the ‘City of Palaces’ as many large palaces are built across the Mysore kingdom.

During the reign of Krishnaraja Wodeyar III, Mysore was expanded beyond the walls of the fort and it was developed dramatically Krishnaraja Wodeyar IV developed many places of the Mysore city and beautifully constructed many palaces, wide roads, beautiful buildings and many rose gardens and elegant parks. Today, Mysore is the modern city in India with historical charm. Mysore is popular for its Sandalwood, Incense sticks, Mysore Park, Mysore silk, Rosewood Articrafts, Stone sculptures, Ivory work and many more.

One should visit the most famous places in Mysore to retain the charm of its history are Amba Vilas known as ‘Mysore Palace’, Tippu Sultan Palace, Chamundi Hills, Nandi, Sri Ranganathaswamy temple, Chamundeshwari temple, Museum, St. Philomena’s Roman Catholic Cathedral, Brindavan gardens with the musical fountain show. You can visit all these places by Car and Bus services.