Bestbus is 100% Safe for Online Transactions!

Note 2: Bus used for Mysore, Ooty and Coonoor sightseeing maybe of 22/24/29 seating with either 2+2 seating or 2+3 seating based on the bookings

Note 2: Bus used for Mysore, Ooty and Coonoor sightseeing maybe of 22/24/29 seating with either 2+2 seating or 2+3 seating based on the bookings 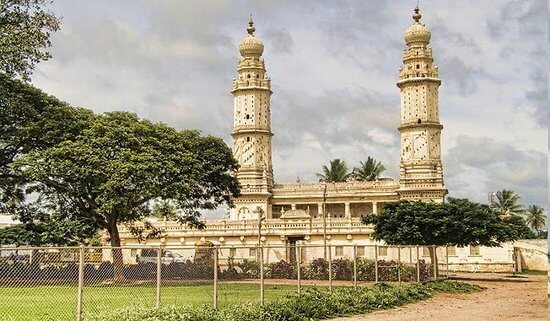 Srirangapatna Fort is a historical fort located in Srirangapatna, the historical capital city in the South Indian state of Karnataka. Built by the Timmanna Nayaka in 1454, the fort came to prominence during the rule of Tipu Sultan. ... their capital from Mysore to Srirangapatna and established the fort as the seat of the empire.

The Gumbaz is designed in the Persian style, with a large rectangle shaped garden, having a path leading to the mausoleum. In the middle of the garden, the Gumbaz stands on an elevated platform. The dome is supported by sharply cut black granite pillars. The doors and windows have latticework cut through in stone on the same black granite material. The walls inside are painted with tiger stripes, the colours of Tippu Sultan. The three graves of Tippu Sultan, his father Hyder Ali and his mothe

Tipu Sultan's Summer Palace, in Bangalore, India, is an example of Indo-Islamic architecture and was the summer residence of the Mysorean ruler Tipu Sultan. Hyder Ali commenced its construction within the walls of the Bangalore Fort, and it was completed during the reign of Tipu Sultan in 1791. After Tipu Sultan's death in the Fourth Anglo-Mysore War, the British Administration used the palace for its secretariat before moving to Attara Kacheri in 1868. Today the Archaeological Survey

Mysore Palace:  Mysore Palace which is also known as ‘Amba Vilas’ is one of the historical and largest palaces in India. Mysore Palace in Mysore stands as one of the best places to visit in Mysore. Indian famous festival Dussehra is celebrated in the Palace following the rituals of the rich Wodeyar Dynasty every year in the month of October and 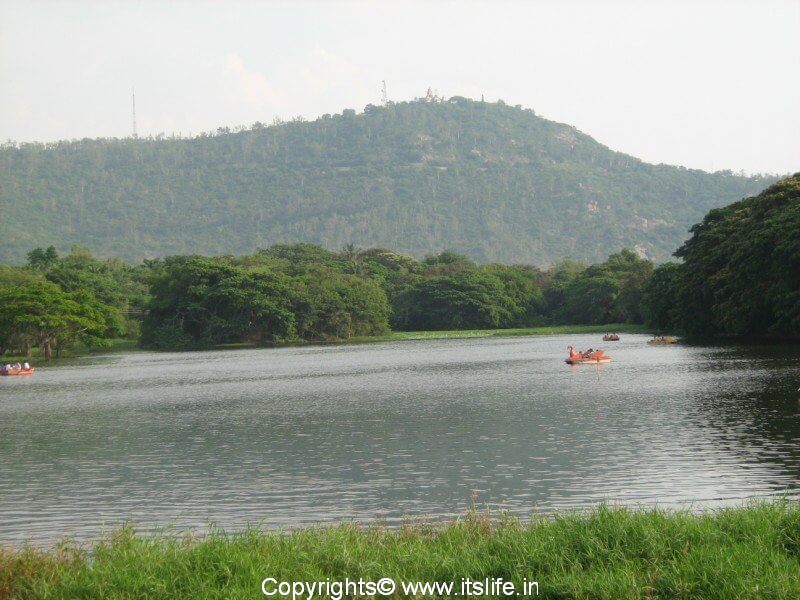 The temple is famous for the celebrations of festivals like Aashada Shukravara, Navaratri and Ammanavara Vardhanthi. In the month of Ashadha, Fridays are considered particularly auspicious. Lakhs of devotees throng the temple during this occasion. Another festival celebrated during this month is Chamundi Jayanti. This day is celebrated on the anniversary of the consecration of the utsava murthy of the goddess by the Maharaja of Mysore. On this occasion, the goddess's icon is taken around

Brindavan Gardens in Mysore Brindavan Gardens is one of the best tourist places in Mysore and was constructed in 1932 by Sir Mirza Ismail. The beautiful gardens is spread over 60 acres of land filled with lush green landscapes, beautifully carved trees, designed plantations, fountains and many food stalls is the refreshing spot in Mysore. It is said that the project took 5 years to complete and plant the trees. 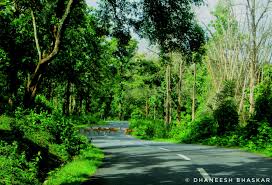 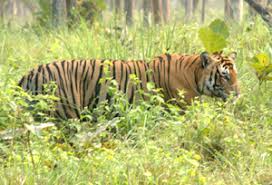 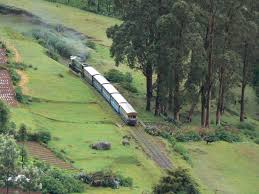 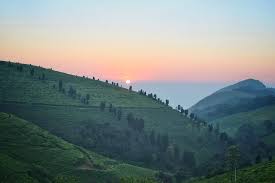 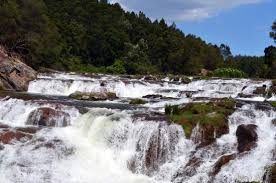 Rising from the Mukurthi peak, north of Ooty, the Pykara River gives birth to a series of fine waterfalls and the large Pykara Lake. While the drive towards the lake is an idyllic experience in itself, the boating inside is no less joyful. Situated amidst a lush green shola forest, Pykara Lake is formed as a result of the dam and power plant constructed on the river. A few hundred meters north of the lake, the river tumbles down the rocks to form the famed 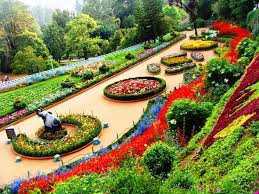 Ooty Botanical Gardens are located at Vannarapetai in Ooty. To reach here, you need to take the Coimbatore Ooty Gundelpet Highway and then the Church Hill Road. The gardens are right on the left of the road here. -- Read more: https://www.ixigo.com/government-botanical-gardens-ooty-india-ticket-entry-fees-price-ne-1282211 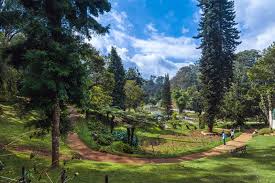 Be sure to take some time off for Sim’s Park in Coonoor when you’re exploring the popular tourist attractions in Ooty. Home to 1000 plus species of colourful and vibrant flowers, the Sim’s Park is a well-maintained botanical garden where you can enjoy nature at its best along with exploring the breathtaking landscapes. An excellent and delightful visit for fun seekers, sightseeing lovers and photographers, the Sim’s Park lets you spend some quality time amid 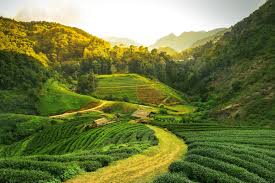 An idyllic destination for a perfect weekend getaway in Coonoor is Coonoor Tea Estate. It is a place where you can treat your taste buds with a sip of tea while admiring the breathtaking background of hilly mountains. Nestled just a short stroll away from the centre of the town, Coonoor Tea Estate is a famous scenic point for all those who are looking to enjoy the lush vegetation with the most spectacular ranges of South India. Owing to its greenery, surreal setting and a pleasant a

If you wish to witness the picturesque view of the mountains and the lush green tea estates on your way to Ooty tour, Dolphin’s Nose is your destination. It is a romantic gem in the Queen of hill stations. This famous attraction does justice to its name and offers its visitors a breathtaking view of the graceful Catherine Falls. Located at a distance of just 12 km from Co

Head off for a mesmerizing railway journey as you board on the Ooty to Coonoor Toy Train. The almost nostalgic toy train gives visitors a revitalizing travel experience moving through lush green tea estates, thick forests, tall eucalyptus trees and lofty mountains. Covering a distance of 19 kms the Ooty to Coonoor route offers the most spectacular scenery along its way. The journey is slow and gives you ample opportunity to discover nature’s bounties. The short ride of 3 hours takes you

Mysore originated from the word ‘Mysuru’ derived from Mahishasura, the demon, who was killed by the Goddess Chamundeshwari Devi on the top of Chamundi hills. From then on, the day was celebrated as a victory over evil and Chamundeshwari Devi received prayers with utmost devotion at a temple located on top of the Chamundi hills. Mysore is popularly known as the ‘City of Palaces’ as many large palaces are built across the Mysore kingdom. Mysore is the headquarters of the Mysore District and it is 150km far in distance from the Bangalore city.

Mysore is known for its history from the time of Vadeyar’s dynasty. Mysore word was originated from the word ‘Mysuru’ and the City Mysore was named after the demon Mahishasura was put to death by Goddess Chamundeshwari on the Nandi Hills. Mysore city is the largest district in the state of Karnataka and it is 150km far in distance from Bangalore city.

Mysore is filled with many Historical places since it is known as the ‘City of Palace’ and many eye catchy tourism spots which you cannot resist admiring the architecture of palaces and beauty of the tourist places.

Some of the best Historical places in Mysore which you should give a hit are Mysore Palace, Tipu Sultan’s Fort, Gumbuz, Sri Ranganathaswamy Temple, St. Philomena's Roman Catholic Cathedral and more adds up the beauty to Mysore City Tour and these inspiring historic places should be added to your best places to visit in Mysore

Ooty is famous for its cool foggy weather and covered by the Tea fields adds beauty to nature. This is the best tourist place to refresh and enjoy the weather in the hill station. Some visitor places like Sims Park, Dolphin's Nose, Lamb's Rock, Doddabetta, Ooty Botanical Garden, Ooty Lake are there in Ooty.

Ooty is the famous Honeymoon destination in India attracting huge tourists every year. Ooty is located near Nilgiri Blue Mountain Hills and popularly known for its cool and foggy weather. Ooty is a paradise filled with tea fields, beautiful landscapes, Gardens and Mountain peaks. This is the best place for you to relieve from routine life and get positive vibes from nature. The Tea factory here is famous for producing tonnes of various flavors of tea, you will end up buying packets of tea if you are a tea lover. It’s a breathtaking view from the mountains, stunning locations of beautiful nature and the landscapes will give you the most splendid moments in Ooty to take back home.

As a part of your Bangalore to Ooty trip, there are some famous spots in Ooty you should never miss visiting them are Botanical Gardens, Tea Factory, Filmy Chakkar, Lamb’s Rock, Sim’s Park, Dolphin's Nose, Deer Park, Dam Lake waterfalls. The best time to visit Ooty is between mid of December to the start of Summer.

Coonoor is considered as one of the famous hill stations of TamilNadu, which is geographically 290km away from Bangalore city. Coonoor village is a place with lush greenery, peaceful climate and is the perfect travel destination for nature lovers. Coonoor is a hub for Tea estates and also a panoramic view from the top of hills will give you chills, what a proverb! No matter which season you visit Coonoor, you will fall in love with the place. Some of the interesting places to visit in Coonoor are Catherine falls, Droog fort, Hidden valley.

What is Advance Payment?

Advance Payment Option Available for this package.
You can pay advance amount now & pay remaining due amount on journey day...
Due amount need to pay while boarding into vehicle to the Tour Operator.
No cancellation for Advance Payment.