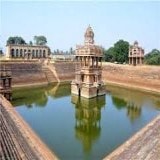 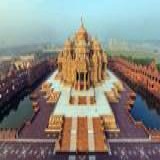 Davanagere is a city in the centre of the southern Indian state of Karnataka. It is the sixth largest city in the state, and the administrative headquarters of eponymous Davangere District.

Ahmedabad otherwise called Amdavad or Karnavati,is the biggest city and previous capital of Gujarat, which is a state in India. It is the authoritative base camp of the Ahmedabad area and the seat of the Gujarat High Court. Ahmedabad's populace of 5,633,927 makes it the fifth most crowded city in India,and the incorporating urban agglomeration populace evaluated at 7,650,000 is the seventh most crowded in India.which is its twin city.  Ahmedabad has risen as an imperative m