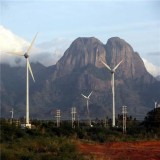 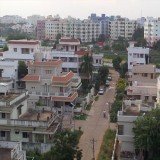 Nagercoil  is a town in the southernmost Indian state of Tamil Nadu and a municipality and administrative headquarters of Kanyakumari. The city is situated close to the tip of the Indian peninsula, locked with the Western Ghats on all sides.It was briefly part of the erstwhile Travancore state, till almost a decade after India's Independence from Britain in 1947. In 1956, it was merged with Tamil Nadu. According to 2011 census, Nagercoil had a population of 22

Nellore is a city and region central command of Nellore locale in the Indian territory of Andhra Pradesh. It is situated on the banks of Penna River and is the fourth most crowded city in the state.  Nellore had been under the standard of Cholas, Pallavas, pandyas, Maurya Dynasty, Kharavela of Chedi tradition, Satavahanas, Kakatiyas, Eastern Gangas of Kalinga Empire, Vijayanagara Empire, Arcot Nawabs and different administrations.  Nellore existed from the season