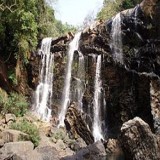 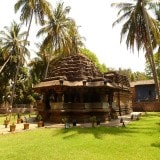 Yellapur is a town in Uttara Kannada district of Karnataka in the country of India. Arecanut is the primary crop grown in the villages that surround the city, making it one of the major trading centres for the crop. 90% of the people in Yellapur are farmers who grow Arecanut and paddy.

Belgaum (otherwise called Belagavi, Belgavi and Venugrama or "bamboo town") is a city in the Indian territory of Karnataka situated in its northern part along the Western Ghats. It is the authoritative home office of the eponymous Belgaum division and Belgaum area. The Government of Karnataka has proposed making Belgaum the second capital of Karnataka, subsequently a second state authoritative building Suvarna Vidhana Soudha was initiated on 11 October 2012.  Belgaum