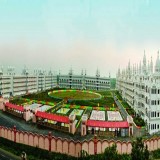 Ongole is a Town in Prakasam District of Andhra Pradesh State, India. It has a place with Andhra area .

Ongole Pin code is 523001 and postal head office is Ongole .

Ongole,Kandukur,Chirala,Bapatla are the close-by Cities to Ongole.