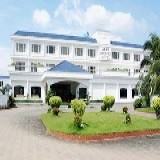 Jorge Abad Airport otherwise called Itbayat Airport, is an airplane terminal serving the island of Itbayat, the biggest island in the area of Batanes, Philippines. The territory's solitary other airplane terminal, Basco Airport, is situated in the common capital, Basco, on Batan Island.

The northernmost air terminal in the Philippines was renamed in March 2017 through a Sangguniang Bayan goals after Jorge Abad, the first Ivatan bureau part who was designated in 1955 as Secretary of Public Works. His child, Florencio Abad, was instrumental in sourcing the assets for the airplane terminal development amid his time as congressional delegate for Batanes.Manual work was utilized amid the air terminal's development to level the uneven territory, since the unavailability of the island during the 1990s made substantial hardware inaccessible for use.