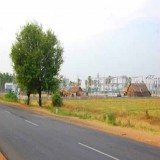 Alangudi is a Town Panchayat city in locale of Pudukkottai, Tamil Nadu. The Alangudi city is separated into 15 wards for which decisions are held at regular intervals. The Alangudi Town Panchayat has populace of 12,367 of which 6,149 are guys while 6,218 are females according to report discharged by Census India 2011.